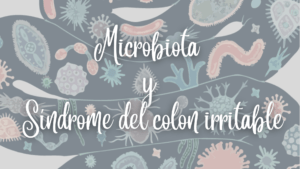 Over the years , microbiota is increasingly recognized as a critical component in human health and well-being.

Disruption of the symbiosis between humans and their microbiome is associated with numerous diseases such as gastrointestinal disorders.

Its physiopathology indicates that there is a dysregulation in the intestine-brain interaction, as well as dysbiosis, alteration of intestinal permeability, abnormal motility, etc.

Irritable bowel syndrome is a gastrointestinal disorder characterized by recurrent or chronic abdominal pain, myalgia and bloating that is often associated with altered bowel habits such as altered intestinal muscle contractions, changes in the microbiota, severe infection or stress at an early age.

As mentioned above, the microbiota and the brain are connected by the bidirectional microbiota-gut-brain axis. In this way we can explain how main triggers of irritable bowel syndrome are food. (an unvaried and nutrient-poor diet) and stress. As well as the The main complications of this syndrome are a decrease in the quality of life and mood disorders. that can lead to depression and anxiety.

In addition to diet, the use of probiotics and phytochemicals are a very effective treatment for this type of disorders.

Recent studies tested the effects of Bifidobacterium longum on anxiety and depression in patients with irritable bowel syndrome and found that most patients had a reduction of 2 points or more on the depression scale and thus increased their quality of life.

These improvements were associated with changes in brain activation patterns indicating that this probiotic reduces limbic reactivity.